Congratulations to the SCC Girls’ and Boys’ Cross-country Team on finishing their season strong!  Both the girls and boys participated in the State meet at Northwestern State University on Tuesday, November 13th .

The girls placed 7th out of 19 teams.

The following student athletes finished the 3-mile mud-ridden course with the following times: 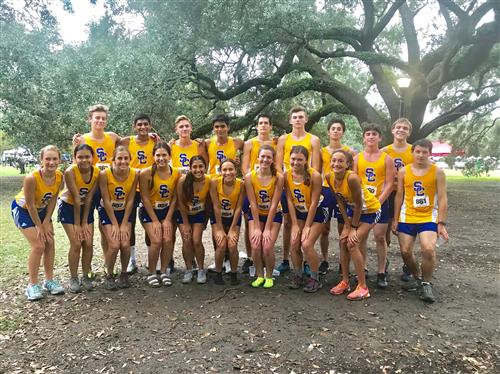 This Saturday, the cross country team traveled to New Orleans to compete in the Country Day Cajun Classic.  The girls team had an average time of 25:28.02 with Courtney Brouwer finishing at 24:53.53 and Gabby Portillo with a 24:54.12. The boys had an average time of 20:30.95 with Ishan Iyer finishing at 20:05.70 and Collin Cedotal finishing with a 20:06.44.  The team continues to prepare for their district and state meets later on in the season. 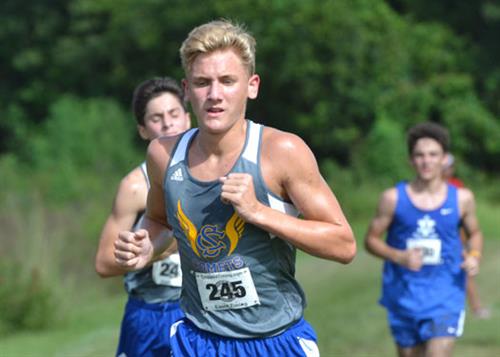 This past Saturday the girls’ and boys’ Cross Country teams went to Thibodaux, LA to show of their skills in a muddy, puddle-ridden course. Varsity teams ran the Dr. Richard Morvant 3-mile course in Thoroughbred Park. SCC girls finished an average time of 29:24 with Gabriella Portillo finishing at 27:41 as the 21st finisher and at Lauren St. Martin finished at 28:52 at 28th place out of 43 runners. The boys had an average time of 23:59 with Collin Cedotal finishing at 22:58 as the 26th finisher and Dominic Boesen finishing with a 23:09 at 28th place out of 55 runners. CONGRATULATIONS TO OUR CROSS COUNTRY COMETS!!