On Tuesday, October 5, the Comet volleyball team traveled to Gretna to play their first district game against Thomas Jefferson. Students also took the ACT Tuesday morning. The girls pushed through despite exhaustion. The scores were: 26-24, 25-10, and 25-16. The team came together, fought hard and left with their first win in district.

After one day of practice, the Comets turned around and played district rival, John Curtis. The first game, both teams came out strong and fought hard. Curtis won the first match 25-16. In response, the Comets came back to defeat Curtis, after trailing by 8 points (27-25). Before entering the fifth and final match, both teams were ecstatic. Comets started out on top, then found a way to finally end it! the final score to the fifth set was 15-13. The Comets are now 2-0 in district. The team will travel to play two more district games next week. Good luck ladies! 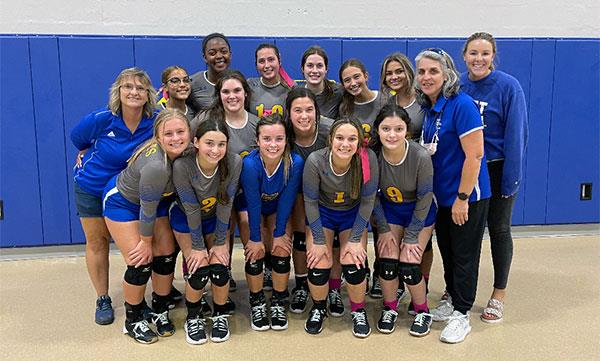