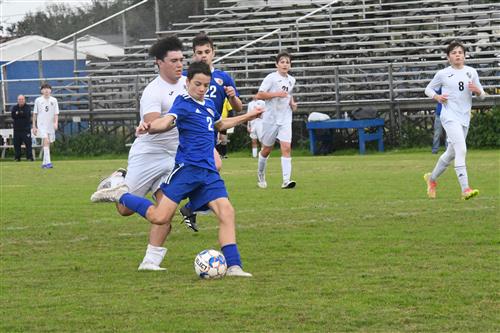 The Boys Soccer Team is on a roll. They had a beautiful 6-1 win over AJ Ellender and then they played the boys. They played their first District match against Riveride and had a landslide 9-1 victory. The Boys then faced off against Houma Christian. They won that game 7-0. "We are improving with every game and heading in the right direction." Caden Barrios

The boys host West Feliciana next and hope to continue their win streak.