The Boys Soccer team traveled to The Ascension Christian tournament over the holidays and faced 3 very strong opponents. Even though they didn't come out victorious throughout the tournament, they rallied hardthrough each game. The first game was St. Martin's and the boys suffered a 2-0 lost. Then they faced a very good Zachery team. The boys lost that match 3-0. The boys then faced off against Morris Jeff and went score for score up until the end with them. The final score was 6-5 and the comets fell just short. After the weekend tournament the comets then faced Morris Jeff again. Final score was 6-1 comets lost again. The next game was Parkview. The bys look to turn things around and prove that they are here to play.  after shuting them out for the first half, Parkview came out and put two goals in the back of net. The boys could not rally back in time. "Even though we didn't end the holidays the way we wanted we all grew stronger together and we will bounce back harder in January." Caden Barrios 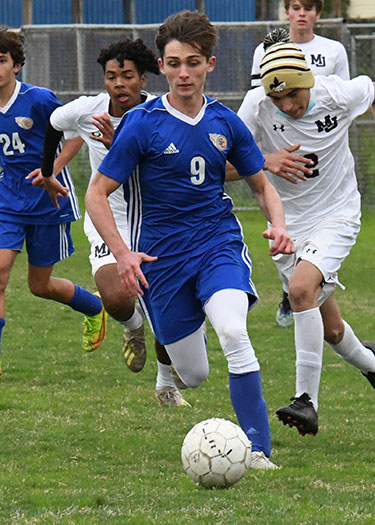