Armed with the addition of a few football players from its recently crowned Division III state champion team, St. Charles Catholic got a late start on its boys soccer season. That didn’t stop them from blanking Opelousas Catholic 8-0 in its season opener Friday.

Aidan Paz and Carter Chauvin each scored in a pair of goals for the Comets while Bryce Bertucci, Joshua Duffour, Tyler Milioto and Bryce Prejean each added a goal.-Ken Trahan

The Comets also faced Erath and beat them 5-2 on Saturday afternoon. They then faced off against Carencro and tied them 0-0 at the end. At the end of the weekened the Comets finished 2-0-1 and won the bronze divison of the tournament.

"This weekend just means alot to us because it shows that we have the capablilty to win on such a high level." Carter Chauvin 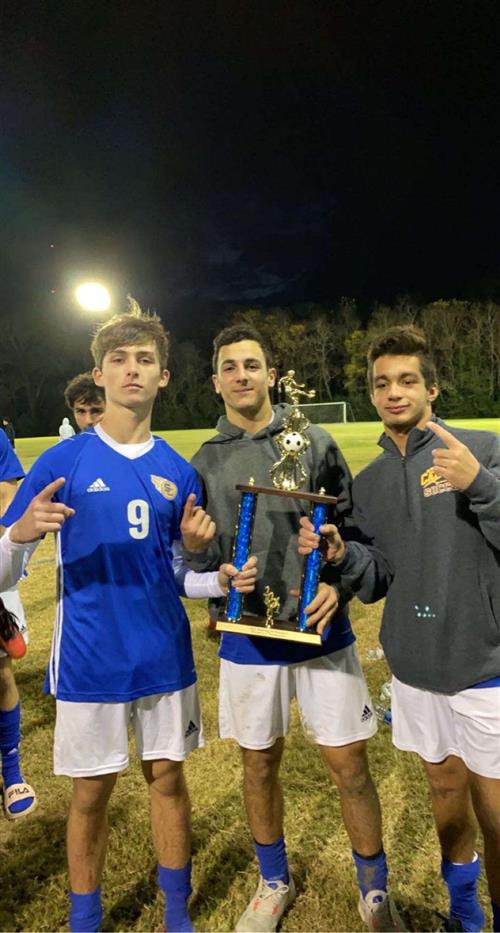