Four runs batted in from Olivia Keating helped lead the Lady Comets past Haynes Academy 10-5 on Wednesday. Keating drove in runs on a double in the first, a double i 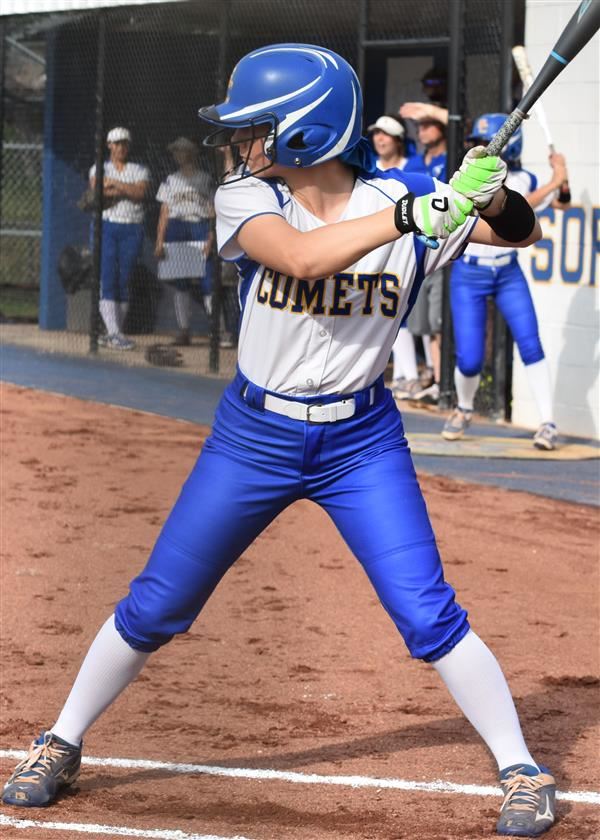 n the third, and a single in the fourth.

The Comets fired up the offense in the first inning, when Keating doubled on the first pitch of the at bat, scoring two runs. The Comets scored five runs in the third inning. Keating and Emily Hotard each had RBIs in the big inning.

Taylor Perilloux pitched the Lady Comets to victory. She lasted five and two-thirds innings, allowing eight hits and four runs while striking out one. Cassie Remondet threw one and one-third innings in relief out of the bullpen. Remondet recorded the last four outs to earn the save for Comets.

The Lady Comets launched one home run on the day. Sydnie Sims went for the long ball in the sixth inning. The girls scattered ten hits in the game. Keating, Sims, and Perilloux each managed multiple hits for the Comets. Keating led the team with three hits in four at bats.

Comets watched the game slip away early and couldn't recover in a 2-0 loss to Parkview Baptist on Thursday. Parkview Baptist took the lead on a single in the first inning. The pitching was strong on both sides. Parkview Baptist pitchers struck out 18, while Comets sat down four. One bright spot for the Comets was a single by Lauren St. Martin in the fourth inning. Taylor Perilloux took the loss for the Lady Comets. She went six innings, allowing two runs on five hits, striking out four and walking zero. Olivia Keating and St. Martin each collected one hit to lead the Comets.

The Lady Comets were back in action at the Cecilia Tournament. 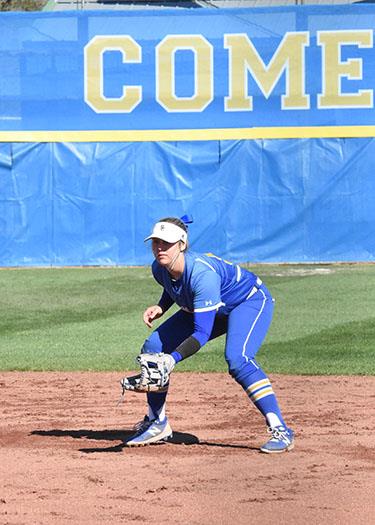 The Lady Comets fired up the offense in the first inning. They scored one run when Blakely Heltz singled. Taylor Perilloux took the loss for the Comets. She lasted four innings, allowing eight hits and six runs while striking out three and walking one. The Comets socked one home run on the day. Madison Hebert had a dinger in the third inning. Olivia Keating went 2-for-3 at the plate to lead the team in hits. The Lady Comets was sure-handed in the field and didn't commit a single error. Emily Hotard had the most chances in the field with five.

The Lady Comets easily dispatched Cecilia 11-3 on Saturday. In the first inning, the Lady Comets got their offense started. They scored one run when Madison Hebert singled. The Comets notched four runs in the fourth inning. Sydie Sims, Olivia Keating, and Taylor Perilloux powered the big inning with RBIs. Cassie Remondet was credited with the victory for the Comets. She went seven innings, allowing three runs on 12 hits, striking out two and walking zero. Comets collected seven hits. Lauren St. Martin and Sims all managed multiple hits for the Lady Comets. Sims and St. Martin each collected two hits to lead the team. Comets were sure-handed in the field and didn't commit a single error. St. Martin had the most chances in the field with six.

The Lady Comets defeated E.D. White 14-0 on Tuesday as two pitchers combined to throw a shutout. Cassie Remondet induced a groundout from #10 to finish off the game.

The Comets tallied eight runs in the seventh inning. Their offense in the inning came from home runs by Hebert, Emily Hotard, and Hebert, a single by Alyssa Hooge, and a double by Olivia Keating.

Perilloux was credited with the victory for Comets. She allowed five hits and zero runs over six innings, striking out five. Remondet threw one inning in relief out of the bullpen. #12 allowed 17 hits and 14 runs over seven innings, striking out two. Comets launched four home runs on the day. Hebert went deep in the seventh and seventh innings. Hooge had a long ball in the second inning. Hotard had a homer in the seventh inning. Comets totaled 17 hits in the game. Hebert, Lauren St. Martin, Hotard, Keating, and Hooge all had multiple hits for the Comets. Hebert went 4-for-5 at the plate to lead Comets in hits. 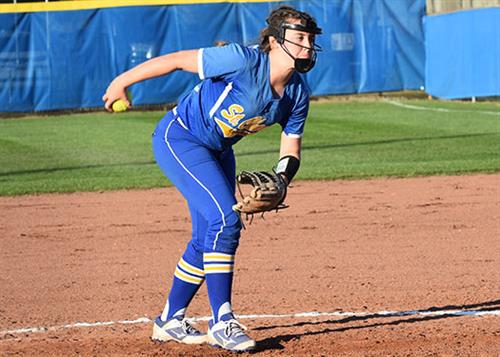 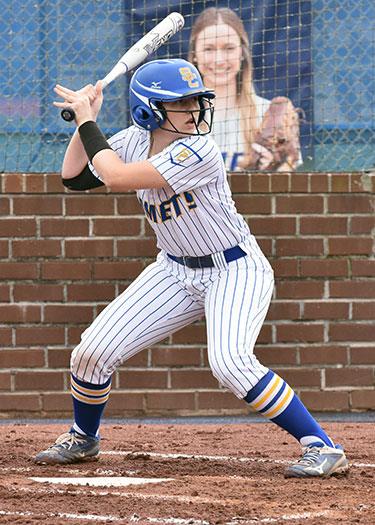 Alyssa Hooge was an RBI machine on Monday, driving in five on three hits to lead Comets past Springfield 18-8 on Monday. Hooge drove in runs on a single in the first, a double in the third, and a home run in the fourth.

Both offenses were strong at the plate as the Comets collected 12 hits and Springfield eight in the high-scoring affair. Comets took an early lead in the first inning when #20 induced Blakely Heltz to hit into a fielder's choice, but one run scored. Comets took the lead for good with four runs in the second inning.

In the second #20's wild pitch allowed one run to score for Comets, Sydnie Sims doubled on the first pitch of the at bat, scoring two runs, and Morgan Williams grounded out, scoring one run. Comets notched seven runs in the third inning. Comets big bats were led by Heltz, Hooge, Sims, and Lauren St. Martin, all driving in runs in the frame. Cassie Remondet earned the victory in the pitcher's circle for the Comets. She lasted three innings, allowing eight hits and eight runs while striking out one. Taylor Perilloux threw two innings in relief out of the bullpen.

Comets tallied one home run on the day. Hooge went for the long ball in the fourth inning. Comets racked up 12 hits in the game. Sims, Hooge, St. Martin, and Madison Hebert all managed multiple hits for the Comets. Hooge and Sims each managed three hits to lead the Lady Comets.

The Lady Comets started their weekend off with a big win on Friday. They played Ellender and won 15-0 in 3 innings. The Comets had one doubled from Sydnie Sims. Olivia Keating, Alyssa Hooge, Blakely Heltz, Madi Hebert, Morgan Williams, and Sims all had a single. Emily Hotard and Taylor Perilloux had two singles, while Lauren St. Martin had three. Hebert also hit a three run homer in the 2nd. 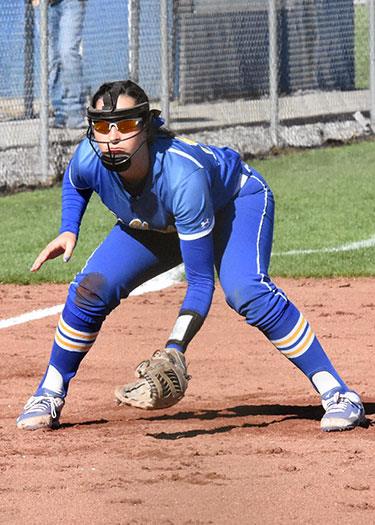 Four hits from Emily Hotard helped lead the Comets past Houma Christian 16-6 on Saturday. Hotard singled in the first, singled in the third, singled in the third, and doubled in the fifth. There was plenty of action on the basepaths as Comets collected 20 hits and Houma Christian had seven. Comets got on the board in the first inning. Madison Hebert hit into a fielder's choice, scoring one run. Comets tallied seven runs in the third inning. Sydnie Sims, Morgan Williams, Olivia Keating, Hebert, and Blakely Heltz each had RBIs in the big inning. Cassie Remondet pitched the Lady Comets to victory. She went four and two-thirds innings, allowing six runs on seven hits, striking out three and walking zero. Taylor Perilloux threw one-third of an inning in relief out of the bullpen. Perilloux recorded the last out to earn the save for Comets. Comets tallied 20 hits on the day. Hotard, Keating, Heltz, Williams, Hebert, and Alyssa Hooge each managed multiple hits for the Comets. Keating and Hotard each managed four hits to lead the Lady Comets.

Taylor Perilloux shut down Central Catholic, throwing a complete game shutout and leading the Comets to a 1-0 victory on Saturday. The pitching was strong on both sides. Perilloux struck out five.  Perilloux led the Comets to victory in the pitcher's circle. She surrendered zero runs on four hits over seven innings, striking out five and walking zero. Blakely Heltz and Madison Hebert all had one hit to lead the Comets. The Lady Comets was sure-handed and didn't commit a single error. Cassie Remondet made the most plays with seven.

The Lady Comets opened their season with a home game against Covington, beating them 10-0 in 6 innings. 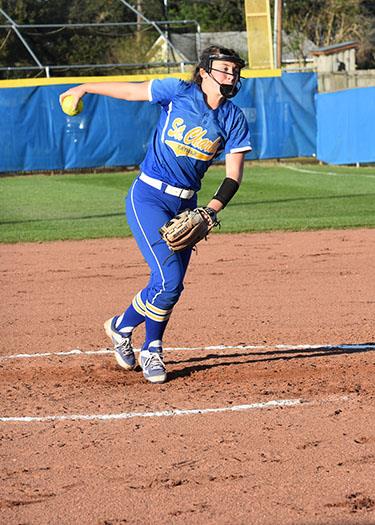 With Taylor on the mound, the comets shut out Covington. Taylor Perilloux threw a gem on Wednesday for the Comets, allowing zero runs and besting Covington by a score of 10-0. Comets tallied three runs in the fifth inning. Comets's big bats in the inning were led by singles by Lauren St. Martin andMadison Hebert and a groundout by Olivia Keating.  Perilloux earned the win for the Comets. She went six innings, allowing zero runs on two hits, striking out eight and walking one. The Comets tallied 11 hits in the game.Sydnie Sims, Blakely Heltz, and Alyssa Hooge all had multiple hits. Sims went 3-for-4 at the plate to lead the team in hits.

The Lady Comets return to action in the Terrebonne Tournament over the weekend.

The Lady Comets will be hosting a jamboree tournament on Saturday February 22. Come out to watch some softball and enjoy good food.

The Lady Comets start off their season with their first scrimmage on February 11th at Dutchtown.

Their next scrimmage is on their home field against Mandeville at 3:30 on Monday February 17th.

The Lady Comets lost three senior players from the 2019 season and now have four for the 2020 season. The infield is very experienced and has 6 returning starters while outfield has one. A few position changes have been made, but all of the players have some sort of experience on the field in a varsity game.

Coach Ty Monica said, "in 2020 the Comet softball team will return 7 position players from the previous season. With the experience returning and improving work ethic, the expectations are high for the Lady Comets."

The 2020 season is going to be very exciting, so come out and support your Lady Comets!!