The Lady Comets competed for the District Title throughout the week. They had home field advantage because they held the first seed. Their first opponent was McGhee. The team came out early in the first inning, scoring 4, and holding Mcghee to none. The final score was 16-1 after 3 innings. In the District Championship, the Comets turned around to play Fisher one more time. It was a battle between these ladies, but the Comets came out on top!! The final score was 12-2 after 5 innings. Offense for the Comets was led by Aliyah Manson, and Dani Aucoin with three hits a piece. Kamryn Cancienne hit a double in the bottom of the fifth to walk it off. Congratulations to the Lady Comets on being 2022 District Champions! 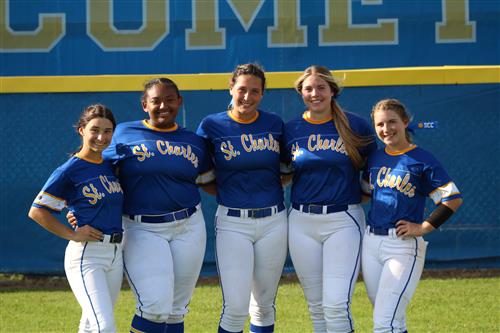 After the District Tournament the Comets traveled to Walker to play the Live Oak Eagles. The Comets struggled to find their groove and went down 12-2. On Monday, April 4th, the Comets were back on the road to compete against Albany. After a late score in the 5th inning, produced by Dani Aucoin, the Comets were back on track. The Lady Comets won 3-0! The Comets will be back out Thursday and Friday competing against St. Joseph's Academy, and Springfield Highschool. Good luck Comets! Keep up the hard work!