The Comets were back on the field against Pearl River on March 16, and claimed the 12-0 victory. Kamryn Cancienne had the ball and sat down six, and the defense played an errorless game. The Comets tallied 11 hits, pushing across 12 runs. On March 17, the girls were back out against Episcopal, claiming another victory.  Dani Aucoin was in the circle, allowing one hit, one run, and striking out 3.  Senior, Azaiyah Moll hit a 2-run bomb in the 3rd. The Comets scored 20 runs on 16 hits. 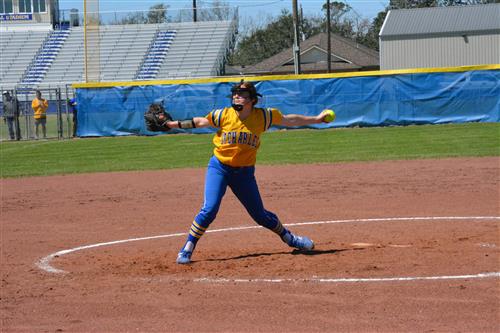 On Saturday, March 19, the team faced St. James. The game went into 9 innings, but the Comets never let go. Even after a 3-run deficit, the girls pushed back to tie the game again in the bottom of the 7th. In the bottom of the 9th, Mia Ganote squared one up to score the winning run. The Lady Comets will be back on the field on Tuesday against Live Oak (away). Good luck ladies!! Keep working hard!