THe 2021 season for the Comet cross country team was a huge success. Our first accomplishment was having a boys team with 12 members.  The girl team maintained a 5 member squad.  Led by our two seniors Adrien Dixon and Juliana Portillo, the Comet runners enjoyed their season. As the year progressed, state qualifiers emerged to the top of the field. Boy runners attending state were Adrien Dixon, Brett Mader, Ben Brignac, Scott Drouin, Joshua Jensen, Tyler Milioto, and Jordan Roberts.  Girl runners attending state were Juliana Portillo, Torie Joseph,  Alejandra Menjivar, Faith Wiliams, and Ava Vicknair. The girls placed 12  at state and the boys placed 13 at state.  Not exactly what we were hoping for but a good showing by the Comet runners.

Ben Brignac was the only runner to obtain a personal best time of 20 minutes and 20 seconds in his 3 mile run.  Great job Ben.

Other news from the season:

Eigth grader Tyler Milioto scored a 4th place finish in the district championship with a time of 18 minutes and 06 seconds.  Boys came out 3rd in district.

"It was a pleasure coaching these young runners. Many of whom never participated in athletics before and wanted to give it a try.   It was nice to see them run and strive for top spots on the team and become state qualifiers.  Cross Country is about achieving personal best times and these athletes did just that," - Coach Joey Brady 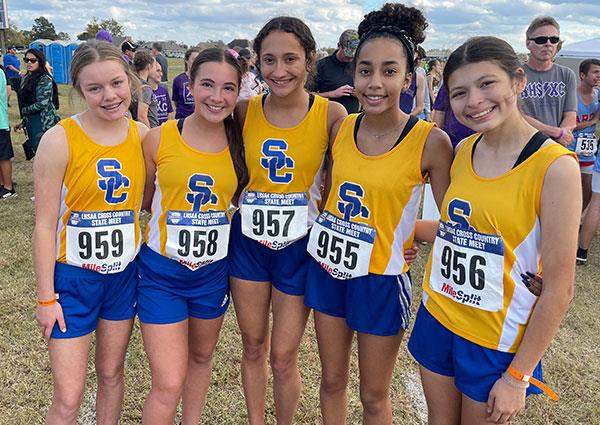 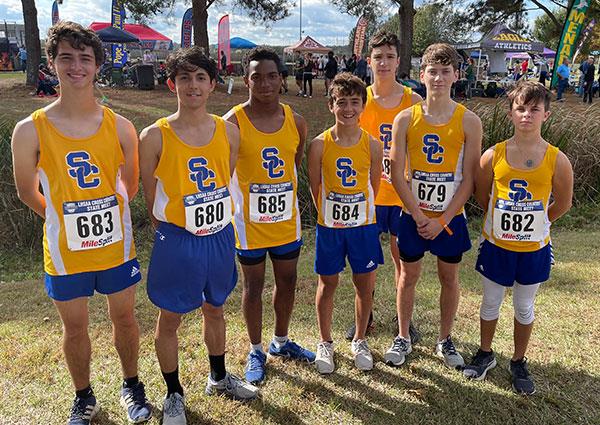