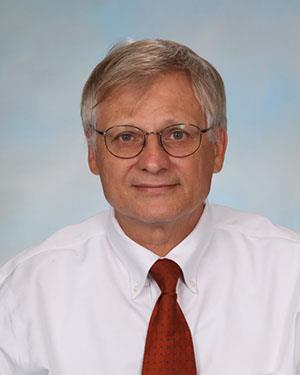 Deacon Tom Kratochvil is a retired geophysicist for Shell Oil Company, where he spent 34 years finding, developing, and producing hydrocarbons in a variety of technical and management positions. Upon retirement from Shell and ordination to the diaconate in 2015, he taught at Archbishop Rummel High School. He earned his Alternate Teaching Certificate from Southeastern in Chemistry, Physics, and Physical (General) Science. Deacon Tom has a B.S. in Engineering Physics and M.S. in Nuclear Physics from the University of Illinois. He also has a M.S. in Geology from UNO, a J.D. from Loyola University New Orleans, and an M.A. from Notre Dame Seminary in Pastoral Theology.

Deacon Tom has been married to Diane Kratochvil for over 41 years. Diane is the Youth Director and Alpha Evangelization Coordinator at St. Angela Merici Parish where Deacon Tom serves as a deacon and coordinates RCIA activity. They went to high school across the street from each other in Springfield, Illinois, and Deacon Tom has been Diane's project ever since. They have 5 grown and gone children and 9 grandchildren. Deacon Tom's main diaconate ministry is bringing the Good News to Jefferson Parish Correction Center.